At this phase of the journey several days, before the New Moon and the razamatazz of the Spring Vernal Equinox with the the Solar Eclipse, the influential electrical planet Uranus had just had its culminating rendezvous /ˈrändəˌvo͞o,ˈrändāˌvo͞o/ with Pluto.

Uranus is informing the Gate of Awakening,  applying it’s reputation for spontaneously electrifying our consciousness and our nervous systems  to  Gate 51.1 which finds its natural home in the zodical sign of Aries and is already naturally agitated and bursting with life force.

My quest is to connect the Gene Keys with the Real Sky Constellations, in our real time of 2015. I have been on this quest for several years now, not quite satisfied with the current sets information. The sets of information being that of what has come before in terms of research and setting the context for Celestial inspiration. Naturally for this 5th Line, there is a story to be told here.

Many years ago I connected with a delightful Australian drumming woman, Morning Star. As I recall, she came to a pilgrimage in Santa Fe at our Venus Gate gathering. ( click the image for that site info). 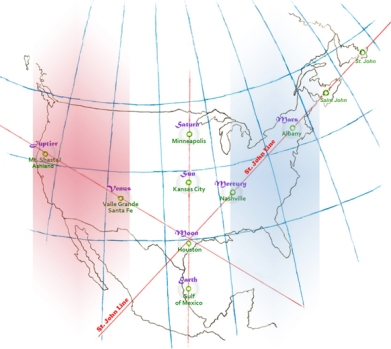 I walked up the hill top above what used to be the Santa Fe Polo Field and there she was, her hips wrapped in kangaroo skin including tail and one of those Aussie hats. Her presence called to my heart. I had the pleasure of hosting her for a few days at my home. We pow wowed, hand stitched doe leather medicine pouches and in between the inhale and exhale of conversation she played the Peruvian flute….

we dreamed and shared our vision of DNA from the stars, knowing somehow there was more information, more imaginative dreaming. I shared with her my insight of the Gates and Keys…she shared her Star Charts with me….it was a serendipitous and sweet time. 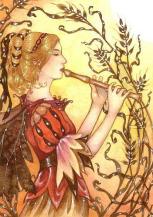 This reflection ties into what is happening now since Swan Deva in riding the tail of The Fishes this new moon cycle demanding that I pay attention to spontaneous insights and write, paint, express all that is coursing thru my mind.

Grief has revisited me also this past few weekends since the shift, many losses although mourned have risen up again from the deep caverns of my heart. Oddly, I was going to write more about the Marrying Maiden this morning, perhaps this will all tie together. The grief is actually coming out of my bones, somehow it made its way from my heart into my bones and now I will cry and croon over these bones.

Morning Star died a Shaman’s Death. A few weeks after our meeting, after she had touched many hearts in our Santa Fe community. Whilst in the woods she was struck by a falling tree and that was that. To this day I imagine her twinkling in the night sky, as brave hearted woman star.

My life is certainly a vision quest, I track and hunt knowledge compelled by an inner force beyond my understanding, I simply want to Know.  Consequently signs and wonders appear leading me into new directions adding more depth and layers to my gypsy skirts. 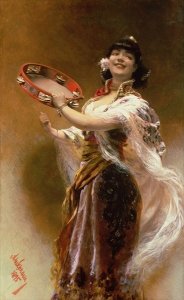 The First line, is the foundation line in the story-field of the I Ching / Gene Key/ Human Design. Perhaps these two planets have met up in their last loving tryst to compel us to connect to the  awakening aspiration of  our consciousness as a collective. Clearly the shadow of Greed and Agitation could use some transformation.

The story is not over as Pluto will be making way through the various “Lines” of the Marrying Maiden for several months. There will be a return to the 38th Gene Key for a bit, but then back to the new household of these times. The 38th represents, Struggle, Perseverance and Honor. From here it looks like we are transforming our Identity, personally and collectively thru not only the Shadows agitation, struggle, greed yet also at has is our radiant genius of Aspiration and Initiative. The good news is that we are at a new foundation point. It is essential that we recognize the pathway set by the First Line, the Marrying Maiden will have quite a journey in front of her as she enters her new household, the First Line is her first step. Spring has come refreshing and reigniting us as we awaken from our Winter Dreaming, leaving the cozy slumber of our nesting grounds.

Remember that if we are to create a new Myths for our species, for us individually as well, that we are here to write new stories, we can weave the wisdom of our past with the delight for our future, for Venus was born into our mythology as the Daughter of Heaven and Sea, the child of Uranus and Gaia.

The question may be asked, what is her relationship to the Marrying Maiden ? To the Ram ?  How is she influencing this band of time, your band of time,  from now until May, when she will reveal another face of the feminine ?  She was in the Gene Key of Innocence 3.4 full of heartfelt presence during the trysts between Uranus and Pluto then on the Spring Equinox of Light Balance, she made a fox trot thru Gene Key 51 for a few days to shift to a waltz thru the 27th Gene Key of Selflessness, naturally her dance card is full as she moves quickly thru her partners for as of today she is doing the cha cha on the horns of the bull in the feminine divine Gene Key 2 of Orientation.

How is the Divine Feminine Initiating You ? Which direction is she taking you ?

In the importance of the times we are wise to acknowledge our ancestors, the ghosts and the blood from whence we have come in establishing the new identity that is will take for us to transform our world/community participation as we are made of stars and the intelligence of those stars flows thru the planetary bodies which then inform us. Whether real time sky or zodiacally symbolic, the energies are coming deep from within the planetary body of Gaia Sophia as well as from without, at this point I can only imagine and hold that deep Galactic Center is source point.

One thought on “Awakening the Marrying Maiden”

This site uses Akismet to reduce spam. Learn how your comment data is processed.

Join 585 other subscribers
Follow come to the story™ on WordPress.com

Creative play on Zoom ! Welcoming in the New Lunar Year !
Happy New Year !!!
Stepping up to painting in Michigan..so many questions around what will the paint actually "do" in this environment...it does dry slower, and differently...hmmm, the experiment continues !