This past week’s new moon in Virgo twinkled with radiant promise,

In transformational circles the work of my friend and mentor, Richard Rudd, has become more well known since the launch of  The Gene Keys in 2008 when  as a community we entered into the deep dive portal  of  The Prime Gifts.

The Venus Sequence was sparked in 2004, now its time has come to enter the world arena.

Where The Prime Gifts ground us in our genius, releasing our radiance, offering us core stability;  The Venus Sequence opens our hearts as we continue our journey.               Gene Keys Golden Path

Richard says about the Venus Sequence:
‘Personally speaking, the Venus Sequence represents the heart of my Life’s Work.
It has transformed my life and taught me how to be a full human being. It is an essential teaching for humanity at this time of the Great Change. My hope is that it will reach out far and wide across the continents and touch hearts everywhere. Much will depend on those who carry its transmission in their hearts and embody its truths in their lives. … As we soften our hearts, so we alter the trajectory of our destiny.’

With the launch of new Gene Keys site, we guides, followers and seekers have the opportunity to engage in a self study program of The Golden Path. As a community full of genius, wisdom, knowledge and expanded heartfield, we are experiencing the unfolding creativity that such a launch offers as this is a path rich with fellow travelers.

The various links on this page will lead you to the new site.

On the right side of the page, you will see an icon for your Free Profile, this profile includes the maps and details of your personal sequences.

Sometimes it is helpful to have a guide, “Presence” you into the work ~

2004 June ~ Venus touched our lives calling many into a deeply mysterious journey of  her ways. In her various forms she enchanted, flirted, kissed our souls.  The bounty of her table was hinted at, many are endeavoring to unfold the stories within the cosmic rose of her offerings. 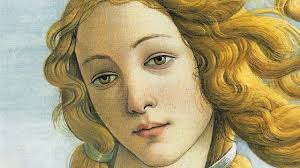 2012 June ~ Venus completed her Venus Transit in a stunning eclipse, where she kissed her lover, the Sun. The Divine Feminine continues to awaken, evolving, informing, through the orbits of our cosmos, our consciousness, and no less importantly, our hearts.

2013 September 8 – Venus flirts with the Moon in a conjunction

This site uses Akismet to reduce spam. Learn how your comment data is processed.

Join 585 other subscribers
Follow come to the story™ on WordPress.com

Creative play on Zoom ! Welcoming in the New Lunar Year !
Happy New Year !!!
Stepping up to painting in Michigan..so many questions around what will the paint actually "do" in this environment...it does dry slower, and differently...hmmm, the experiment continues !